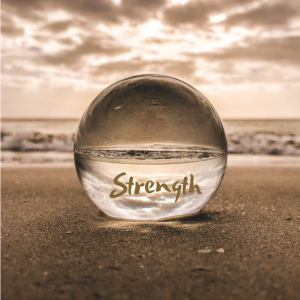 Tightly gripping her father’s muscled arm, waiting for the music to change, she stood in the vestibule of the church. His tender smile floated down to her upturned eyes as he patted the long-fingered hand that wrapped itself around his forearm. Her body, held in check, waited. Her mind raced.

That first kiss, after her seventeenth birthday. The joy of a long-waited-for boyfriend and the smugness of being squired around campus by the captain of both the football and the wrestling team. Learning how to surf tandem, in his way-too-big wetsuit so her parents wouldn’t find out. The senior prom. The images reeled by as tiny frames on a silent film screen in her mind.

Her brown eyes closed, squeezing off tears before they could be recognized. Her carefully-shaped coral lips thinned, pressed together in the tiniest smile, silently calling his name for her, his Pink Fairy Princess. Sometimes the address on his letters to her bore this instead of her name, a remembrance of the willowy pink chiffon and satin prom formal. She should have addressed his with Harachi. Monty had tried to upset her that night by wearing his tuxedo with sandals made from a tire.

Her father patted the hand that had a stranglehold on his arm. He probably was thinking about the worry for his daughter’s welfare with a boy who drove a VW van, the dismay of a daughter who was unceremoniously “dumped” as both young people went off to college, and his concern years later, as the young man’s name crept back into her conversations.

The silent reveries were interrupted when someone moved around her to squeeze into the packed church. She peeked up at her father, knowing she wouldn’t have wanted to do this without him. She had done so much leading to this day without her father’s knowledge.

During their first three years of college Monty had contacted her sporadically only to be hung up on, have the door slammed in his face, or be told by her socialite boyfriend to “shove off.” But a year ago, Monty had written to her. It was more a cry of desperation amidst academic and military rigor. The self-doubt and despondency in that first letter forced her to reply and soon the postman was busy delivering newsy letters between the East and West coasts. During Christmas break, the socialite boyfriend went to Europe but, knowing about the correspondence, gave his whole-hearted approval of the midshipman as an escort to the wedding of one of her high school friends.

She first saw Monty that Christmas vacation when he dropped in and “kidnapped” her to Lake Elsinore to go skydiving. The second time was when she opened the door and he stood before her in his dress whites to escort her to the wedding of one of their high school friends. How handsome–dashing–he’d looked. At the reception he asked her, for the second time in three months, to marry him. She’d laughed, “You know I’m dating George. I can’t marry you.” When he opened his mouth to argue, she silenced him with, “Besides, I know you too well to marry you.”

Five months later, when she tearfully made the expensive long distance call to tell Monty she’d caught George cheating on her, she said yes to his third try at the question.

The expense of telephone calls no longer mattered. He found an apartment in Pensacola. He arranged a room for her at a respectable boarding house for the four days before the wedding. He sent her a book about Academy weddings, dog-eared on the full page picture of a bridal couple exiting the “Arch of Steel.” Under the bride he’d penciled “Pink Fairy Princess.” He reserved the chapel. He told her when he, along with his two roommates, would arrive from their cross-country drive.

She’d shopped, scheduled the complete physical Monty was adamant she have (his mother had died of cervical cancer when he was nine), shopped, continued student teaching (she could get a job at the base school–he’d already checked on that), and shopped. All this without a word to either one’s parents. His dad didn’t even know that Monty was coming to the West Coast. They planned to call their parents once they were on the East Coast, just four days before the wedding.

Last weekend, he’d finally begun the trip home while she lazed by the pool, working on her tan. The effect of a loss of twenty pounds and daily lap swimming, with the sun-streaks it added to her hair, hadn’t been lost on the male residents of her college apartment complex. And now, she was on her father’s arm, waiting at the back of the chapel.

The music changed and she blinked back more tears. Could she really do this? Certainly. Her father was there to get her down the aisle. Her fingers bit into his arm and they took the first step into the packed sanctuary. Slowly, they proceeded down the aisle, her eyes occasionally flicking to the side, recognizing a face here, a friend of his there.

Her father stopped and took a step back. Her eyes seemed frozen, seeing only the stranger, the minister, before her. Her father’s strong arm wrapped around her waist and gently pulled her into the front pew next to him.

“Friends and relatives,” the minister said. “We are here to bury this young man, who died so tragically while skydiving in Arizona last week-end.”