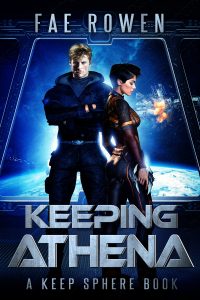 The first three books in the series define Agra and its society through three siblings. Athena WARme, a warrior, has been a pilot during the four-year Agra-Keep war. Apollo’s story begins after the war is over, and he is rebuilding his life after losing his commission as an Agran warrior. In the third book, Athena’s older brother, Aries, is a planetary negotiator who usually mediates difficult disputes between planets. During his R & R trip to a pleasure planet, his simple job to keep a high profile couple from divorce turns out to be anything  but simple.

We’ve been fighting the war against Keep for four years...